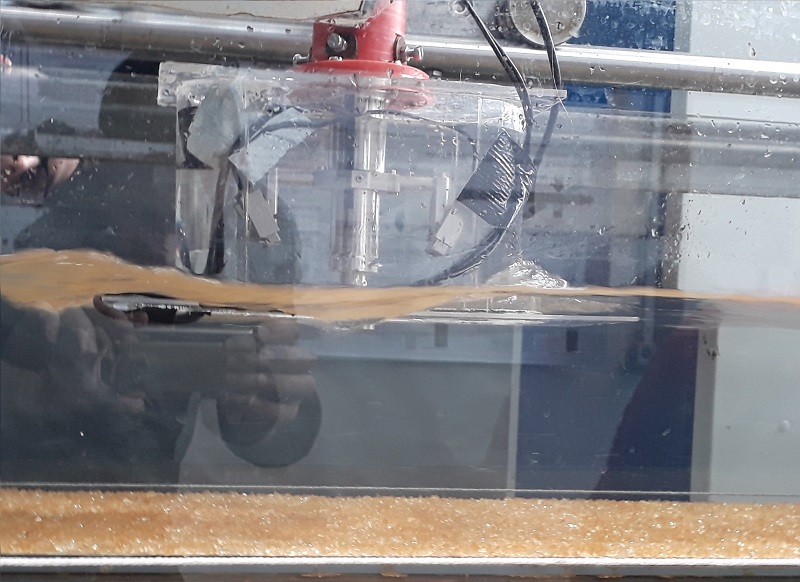 Results on the measurement campaign announced a fews months ago are available and very promising.

As part of the ANR Astrid-ASMA project M.E.S.U.R.E (Métrologie mES hydroacoUstiques opéRationnElles - Operational hydroacoustic SSC metrology), Ubertone has recently developed an ADVP prototype (the UB-MES) that has been tested at LEGI (Laboratoire des Écoulements Géophysiques et Industriels, Grenoble, France), and compared to the ADVP of the LEGI in controlled conditions in a channel with rough bottom. The first version of the UB-MES, dedicated to laboratory measurements, has been enhanced for this project in order to allow a double symmetric bistatic configuration with a resolution of 1.5mm. 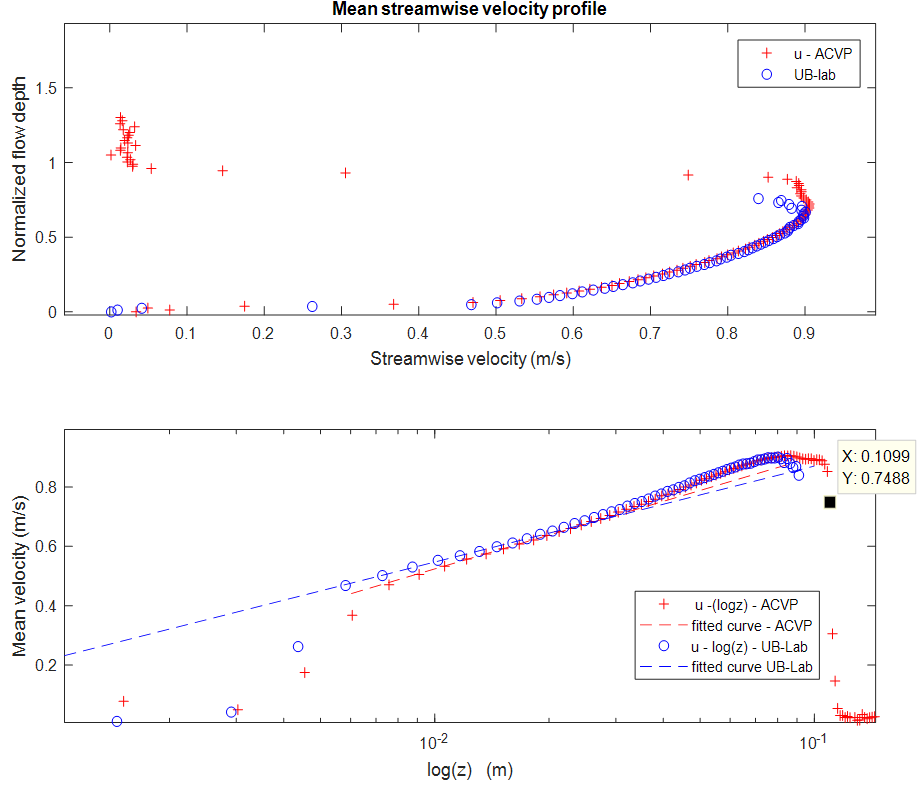 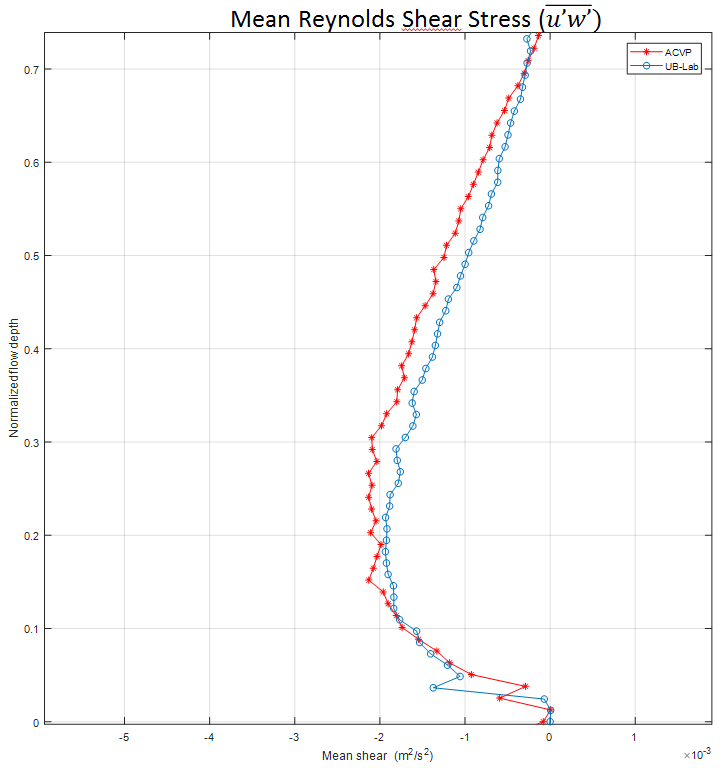 Mean flow velocity and turbulence profiles acquired with the UB-MES and the ACVP showed good agreement with each other and with the typical values found in the literature. Reynolds shear stress and its quadrant threshold distribution were also compared and discussed. Finally, sediment transport measurements were carried out in a second phase to estimate the measurement performances of the UB-MES in terms of velocity, concentration and sediment flux profiling.

The results of this measurement campaign will be presented at HydroSenSoft 2019 in Madrid. You are welcome to join the conference and learn about the detailed results!

After this experimental validation of the UB-MES prototype, we are proud to announce the launch of a commercial ADVP, the UB-Lab 2C. 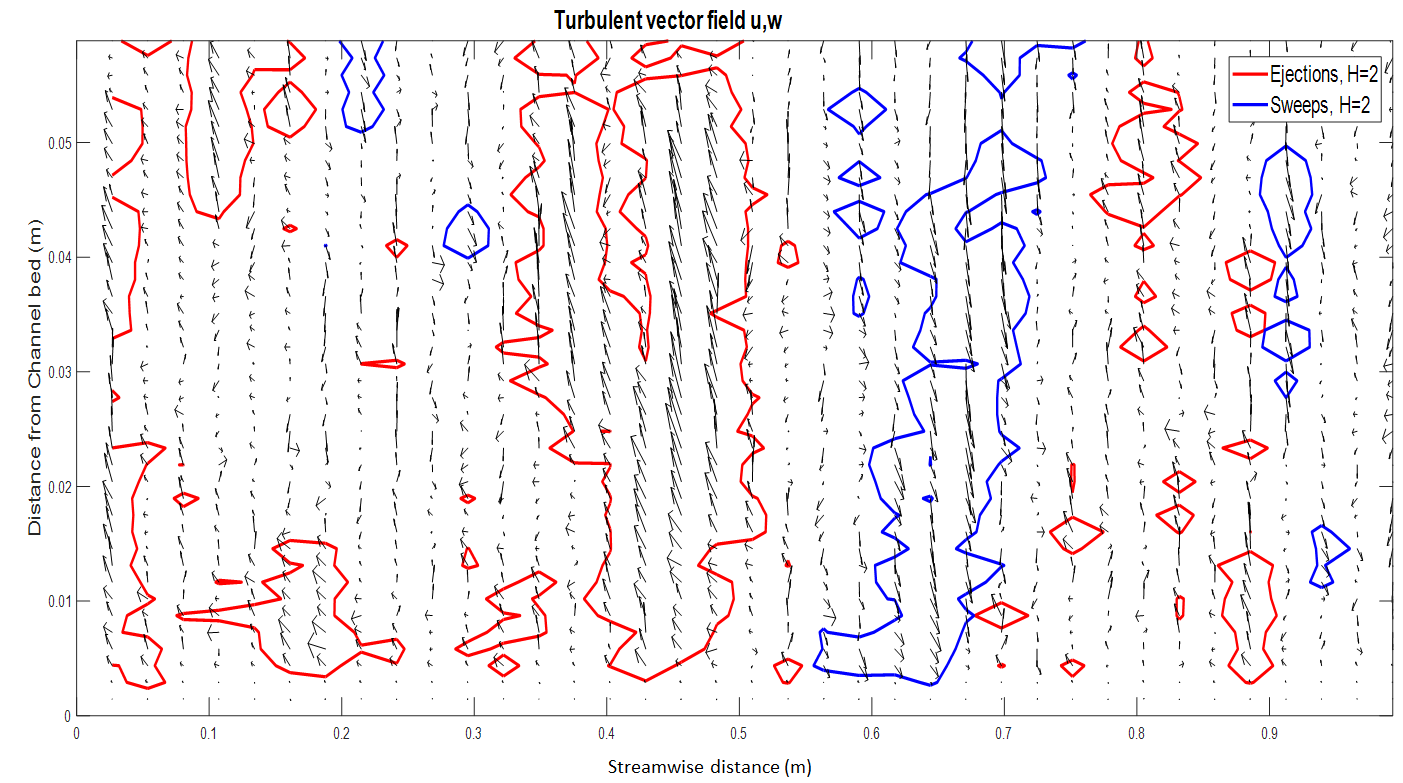