Third edition of this conference about hydrometrics and organized by the SHF (Société Hydrotechnique de France), it brought together about 180 participants: researchers, technicals, engineers, manufacturers… The meeting allowed those different actors to stop and see where we stand in the field of hydrological measurement and monitoring, especially in France and french speaking countries.


About 60 articles have been presented during this 2-days sessions, from March 14 to 15 2017. Half of them were presented as posters, among which Ubertone’s one about our new UVP Hardware, “A High Resolution Miniature UVP Applied to Environmental Monitoring”. 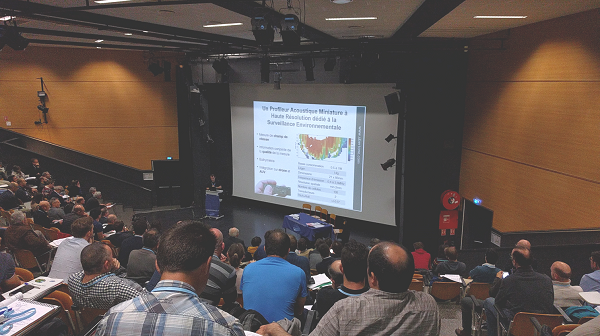